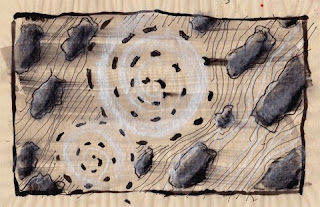 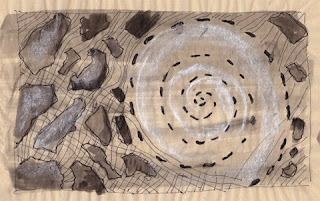 I grew up in the air force - my dad flew KC 135s from about 1950 to 1970 (mostly cold war - SAC). When I was very young, about 3, we were stationed on a base in TX when an AF plane crashed behind our house. My father was not at home - most likely on alert or flying a mission. I have no conscious memory of the crash itself, but my mother said that it was so loud and shocking it caused me to go into convulsions. Our next door neighbor was a base doc. He gave me something to put me to sleep, then ran out to help the emergency crew. I don't know if I have the sequence of these events right; only what my mother related (it strikes me as curious that a doctor would stop to medicate me before attempting to help the plane crew - so I wonder if this happened in a different order than my mother recalls). My memory is this: I am walking among the wreckage of the plane. There is a smoke, and some hot stuff, possibly some fires here and there though this part is less clear. There are bodies and body parts. I remember seeing blood mixed in with red TX dirt. However, I was not actually physically there; I was there by another means. The strangest part is that I did not know that any of this was an actual memory until many years later. I experienced it as a recurring "nightmare" until well into my 20s. My mother had never spoken about the crash until I was in my mid-30s, so for years I thought it was just a nightmare that had nothing to do with anything real. When she told me about it, I was stunned with instant recognition. I can only conclude that my "nightmare" was a memory of coming out of my body (perhaps during the convulsions?) to visit the dead and / or injured crew. These sketches (created some time ago) depict highly abstracted views of fragments of plane parts and bodies on a field, with eddying pools of individual consciousnesses moving about (white chalk spirals).